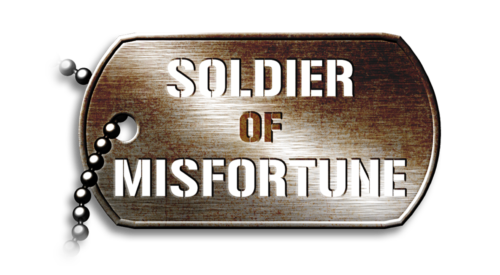 “I started using drugs and alcohol at the age of 16,” Randal said, “and my use progressed quickly. I went from smoking marijuana to using pills and cocaine in just a matter of months.”

The chronic narcotics abuse went on through high school and even followed him into military service. Although the Army offered accountability through drug testing and supervision, it wasn’t enough to eradicate the craving completely and he continued to use on occasion. What’s more, his alcohol consumption exploded, virtually becoming a thing of sport.

Randal stands in front of his work truck outside Royal Pines

After eight years of service, which included deployments to both Afghanistan and Iraq, Randal’s reliance on drugs escalated violently when he returned after 15 months overseas.

“A lot of soldiers were using,” he said. “They were coming back with traumatic injuries and were in a lot of pain. They started to become [dependent] on pain medication and things grew from there.”

When Randal witnessed several of his friends experimenting with heroin and Oxycontin he was thrust into a whole new dimension of substance abuse.

“Once I started using heroin intravenously, it took control of me and that was it,” he confided. “I spent a total of 10 years in the military by this time and within a period of nine months my addiction made it to where I didn’t care about the Army or taking the necessary precautions to cover my tracks and I got caught. I failed two drug tests and was dishonorably discharged.”

The massive blow to his life and career still wasn’t enough to dislodge his deep-rooted appetite for the poison. The chemical dependency continued to tighten its grip suffocating jobs, relationships, and his health.

In the three years immediately following his departure from the military he became “completely dysfunctional” and suffered from half a dozen overdoses scattered among two suicide attempts.

Randal soon found himself in legal trouble when he was unable to meet the financial demands of court-ordered child support. And it was this new dilemma that eventually paved the way to Royal Pines.

“I couldn’t do anything,” he said. “And my [extended] family felt like if something didn’t change I was going to die, and they were right. They came to me with a proposition: if I’d go somewhere and get help from a recovering from addiction, they’d catch me up on my child support. I thought that was a good deal. It turns out, I had a cousin that came through the center and that’s how we found out about it.”

Randal felt a surge of apprehension from the start because he didn’t believe a faith-based facility could help where other 12-step programs had failed.

“I’d been taught that my addiction wasn’t something that I could really overcome,” he said. “It was just something I was going to have forever; it was a disease and incurable. So, even before coming here I was already defeated.”

Nevertheless, Randal committed to four months of recovery, or so he promised, and arrived at Royal Pines of the Jimmie Hale Mission in November of 2012.

“The whole time I was actually planning on [deceiving] my family,” he confessed. “Once I knew all my child support was paid, I was going to leave. Of course, the Lord had other plans,” he added with a laugh.

Just 10 days later Randal had what he defined as a genuine, personal encounter with God following a chapel service one night on campus.

“His presence came and found me there,” he said. “It was like the weight of the world came off of me. I went back to my room and opened my Bible. I didn’t know what to read or what to do, so I just started in Matthew. I found Jesus in the word. I was actually seeing Him in the word,” he emphasized with tear-filled eyes.

“And that’s when my life changed, when He became real to me,” he continued after an emotional and reflective pause. “And a fire was ignited in me for the Lord. I’ve never burned for anything else since. The drugs, alcohol, the promiscuous lifestyle; all that went away. I became addicted to the right thing.”

Randal went on to complete all phases of the program over nine months. In that time he developed a deep love for the campus and a heart for the men going through battles similar to his own. When a position with the support staff opened up following his graduation, he jumped at the opportunity. He was eventually promoted to kitchen supervisor and ended up working at the center for more than four years.

God has reconciled Randal’s personal life as well. He remarried three years ago and now has twin boys. He also says his relationships with his ex-wife and a former girlfriend, with whom he’d had children, “can’t be any better.” He spends quality time with his daughter and son twice a month.

In January of 2017, Randal left the Mission to start his own contracting company; a dream he’d been praying about for nearly two years. And it’s this latest venture that led him back to Royal Pines.

During a visit to the center in the fall he learned about a renovation job that would potentially allow him to give back to the Mission in a very tangible way and he wasted no time in working up a bid.

“Lo and behold mine was accepted and here I am,” he said with a big smile.

Randal prepares for a day of work at Royal Pines

Randal also serves as an associate pastor at his father-in-law’s church in Hanceville, speaks at program graduations quite frequently, and still visits with the clients on a volunteer basis.

“Life is good. Family is good. Business is good,” he said. “God has just blessed me. It’s really indescribable.”